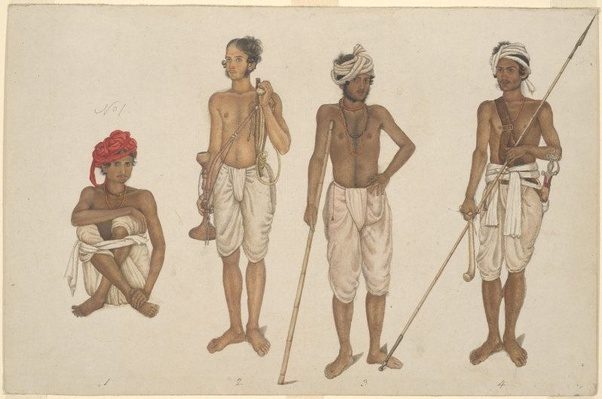 Some people are arguing that the word dhoti is in the Vedas, and it comes from the word dhauta. As a Ph.D. in Sanskrit & Indian Studies, what is your analysis of this statement?

The Sanskrit word “dhauta”, “cleansed”, by itself, does not mean “cloth” and much less “dhoti”. In fact, in the entire Vedabase, as well as in the Sanskrit dictionary, the word dhauta is only used as an adjective, not as noun. And the Sanskrit noun “dhauti” means “the act of washing”.

In our sacred texts, the word dhauta is always used as an adjective meaning “cleansed”, and does not especially refer to cloth.

Note: see that at 6.18.52 and 11.17.23 that “dhauta” does not by itself mean cloth. The word “cloth” must be added. We find the same in Sanatana Goswami’s Brhad-bhagavatamrta 1.6.12 dhauta-anga-ragah = [Krishna’s tears] washed away His body cosmetics.

Here are more examples from Bhaktivinoda Thakura’s writings, showing that even as late as the 19th century, dhauta by itself does not mean cloth, much less “dhoti”.