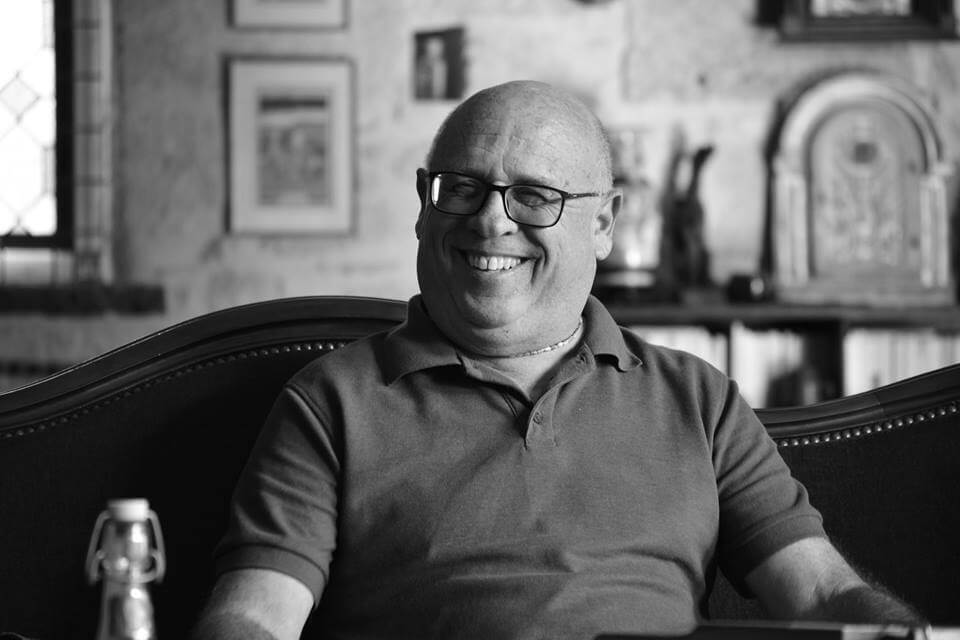 Affectionately known as “Acharyadeva” by his students, H.D. Goswami (born November 5, 1948) grew up in Los Angeles, California an began his studies at the University of California, Berkeley where he participated in the political and cultural movements of the late sixties. In 1969, after attending a campus lecture delivered by Bhaktivedanta Swami Prabhupada, the Founder-Acharya of ISKCON, he began studying the philosophical literature of Prabhupada’s movement, and in September 1969, took up the monastic practice of bhakti-yoga in the Prabhupada’s Berkeley ISKCON center. In 1970, he was formally initiated into the Gaudiya Vaishnava tradition. During the next four years, he served as president of bhakti-yoga centers in Gainesville, Florida and Houston, and lectured on university campuses throughout North America. In 1974, Prabhupada asked him to assume responsibility for Latin America and in the next several years, he opened dozens of bhakti-yoga centers in over a dozen countries, and organized the leading publishing house of Indian spiritual literature in Spanish and Portuguese. In 1982, he took responsibility for ISKCON’s many centers in Florida, and in 1987 in Italy and Greece. Around this time, together with a team he formed, he completed Prabhupada’s epic translation and commentary on the Bhāgavata-purāṇa.

​
Meanwhile, H.D.Goswami had returned to the University of California in 1991 as a student of World Religions. After graduating, he continued his studies at Harvard University, where he received his Ph.D. in Sanskrit & Indian Studies in 1996. Having published articles with Harvard University Press, University of California Press, and Columbia University Press, he recently published his dissertation as the ninety-first volume of the prestigious Harvard Oriental Series. He has taught at the Graduate Theological Union and the University of Florida, and lectured at many dozens of universities in North and South America, Europe, and India.

Fluent in seven languages (English, Spanish, Portuguese, Italian, French, German, and Sanskrit), Resnick recently completed the literal translation of his popular Complete Guide to the Bhagavad-gītā with Literal Translation, and published Quest for Justice, an explanation of the epic Mahā-bhārata. He is now currently working on a trilogy of the Mahā-bhārata.
​
Around 2013, he founded Krishna West to help facilitate ISKCON’s outreach to Western audiences. Krishna West now has centers throughout the world.

Founded by H.D.Goswami, Krishna West is a spiritual project that serves the world through the teaching and practice of advanced spiritual knowledge found in ancient texts such as Bhagavad-gita and Srimad-bhagavatam. As one of the oldest, most cherished treatises on the philosophy and practice of yoga, Bhagavad-gita explains that we are all eternal spiritual beings. We have always existed and always will exist. Only our temporary body is born and dies. Compelled by the reactions to our worldly actions (karma) we wander through many lives until we clearly grasp our eternal identity as souls, and our loving relationship with an infinitely beautiful, all-knowing, and ever youthful God, Krishna. Krishna West teaches the timeless, non-sectarian path of bhakti-yoga, devotion to God and all souls. Bhagavad-gita describes bhakti-yoga as the highest stage of spiritual yoga.

Krishna West is part of the International Society for Krishna Consciousness, the “Hare Krishna Movement,” founded by A. C. Bhaktivedanta Swami Prabhupada. We seek to serve the Western world with intelligent, appropriate, non-sectarian spiritual activism that powerfully addresses, with spiritual wisdom, issues of social and economic justice, the global environment, and ultimate liberation. Our vision, that every living being is an eternal part of God and thus worthy of our love, forms the basis of our approach to justice, the environment, and enlightenment.

Founder-Acharya of the International Society for Krishna Consciousness

A.C. Bhaktivedanta Swami Prabhupada (1896-1977) is the Founder-Acharya of the International Society for Krishna Consciousness (ISKCON) and the world’s foremost teacher of Krishna Bhakti in the 20th century.

The International Society for Krishna Consciousness