Three senior GBC sannyāsīs presented to the GBC body a series of ‘power points’ aimed at suppressing Vaiṣṇavī gurus in ISKCON. The GBC subsequently did not approve Vaiṣṇavī gurus.

Since it is the duty of senior brāhmaṇas to advise the GBC, and since ISKCON devotees should know how they are being governed, I will analyze the logical validity of the power points presented to the GBC members. These points were meant to convince the GBC to deny half the members of ISKCON the right to become dīkṣā gurus. Readers of this paper can draw their own conclusions about the logic of the power points opposing Vaiṣṇavī gurus.

The three GBC sannyāsīs (hereafter “the authors”) present an “appeal for clarity and consistency” on Vaiṣṇavī Dīkṣā Gurus. But are their arguments clear and consistent?

“…His Divine Grace did not appoint VDGs [Vaiṣṇavī Dīkṣā Gurus] in 1977. On the occasions in 1977 that Srila Prabhupada spoke of his disciples acting as diksa gurus, he never mentioned that Vaishnavis would take up that role.”

X is true because of Y.

Y is true because of X.

In the power points, we have no evidence that in discussing and naming gurus, Prabhupada intended to impose racial, ethnic, or gender qualifications for gurus, nor that he sought to specify racial, gender or ethnic groups who could never be gurus.

In 1977 Prabhupada named eleven white, male, American devotees to be ṛtvik gurus, and regular gurus in his absence. We have no evidence that in doing so, Prabhupada meant to establish that only white, male, Americans could be gurus. The authors claim that Prabhupada’s choice of white Americans does not require that future gurus be white Americans. But his choice of males does require future gurus to be male. Yet all three – race, nationality, and gender — are bodily designations.

In fact, we have no evidence that in naming eleven white, American, males, Prabhupada meant to forever exclude from the position of guru all non-white, non-male, non-American devotees. Prabhupada certainly never said that he was setting bodily requirements for spiritual leadership. Let us now see how the authors’ argument is patently circular.

Premise A: In naming eleven male devotees to be ṛtvik and regular gurus, Prabhupada intended, though he never said he intended, to delimit the body types of gurus.

Note that Conclusion C is virtually identical to Premise A. Thus we have a textbook example of the logical fallacy called circular reasoning, wherein the premise proves th e conclusion, but the conclusion proves the premise, forming an invalid circle of logic. Note also that the only actual fact in this argument — Premise B: Prabhupada named only male gurus — is framed by the authors’ unfounded presumptions about Prabhupada’s intentions.

Prabhupada appointed eleven white, male, American gurus. Also, the authors do not explain why two of the bodily designations of the first eleven gurus reveal nothing about Prabhupada’s intentions, but the third designation, gender, tells all.

Circularity is not the only flaw that makes the authors’ argument invalid. The argument logically leads to an absurd conclusion: non-whites and non-Americans may never be gurus.

But what about their corollary argument, that Prabhupada did not mention Vaiṣṇavī gurus in his 1977 talks about future gurus? Here too problems abound. For example:

Primary evidence requires a direct, explicit statement from Prabhupada to the effect that despite his other statements, and despite Vaiṣṇava tradition, Vaiṣṇavīs, no matter how pure or qualified, are never to act as dīkṣā gurus. But we do not have such a statement. The authors’ false primary evidence assumes an unwarranted inference: when Prabhupada did one thing, he was really doing another. When he positively named certain devotees to be Gurus, he was also setting up exclusive bodily conditions for gurus and rejecting as gurus those devotees, no matter how qualified, who do not meet those unstated bodily requirements. The authors’ inference stands between, and distorts, Prabhupada’s explicit statements and actions. Ironically, rather than clarify the primary evidence, they conceal it.

Again, in the name of primary evidence, three GBCs promote their own, dubious interpretations of Prabhupada’s statements and actions.The authors give us even more primary evidence:

“Neither did [Prabhupada] say, ‘I am not including Vaiṣṇavīs now, but they should be added in the future.’”

“Let us call this structure for dīkṣā gurus that Srila Prabhupada personally set in place and that he left us with: ‘Structure A.’”

Here the authors declare that a list is a structure. In fact, a list of all white, male American gurus, or any other list for that matter, is not necessarily a structure.

Prabhupada never said that in making a list, he was actually creating a structure that would permit and forbid gurus based on their body type. The list of eleven gurus is a delimiting structure only if we agree that Prabhupada intended to define racial, ethnic, and gender requirements when he named eleven white, male, American gurus. But Prabhupada never said that he was creating a racial, ethnic, gender ‘structure’ in naming all white, male, American gurus. The GBC never took the list that way, since they dared to appoint non-white, non-American gurus.

The circularity goes on. Again building on their own unfounded presumption, the authors state:

“And let us call the structure based on the secondary evidence that the GBC is now proposing, the structure that includes VDGs [Vaiṣṇavī Dīkṣā Gurus] and therefore changes what Srila Prabhupada set in place: Structure B.”

Since the issue in dispute is whether Prabhupada intended a ‘structure’ when he merely gave a list, to claim that Vaiṣṇavī gurus would change Prabhupada’s ‘structure’ is flagrant circular reasoning, an invalid form of logic. Ignoring this problem, the authors claim: “In short, [if we authorize Vaishnavī Dīkṣā gurus] we are going to change what Srila Prabhupada did.” If that argument is valid, then the GBC changed what Prabhupada did the first time they authorized a non-white, non-American devotee to be a guru.

The authors raise another question: “Do we have the right and realization to change what Srila Prabhupada put in place in regards to dīkṣā gurus?” Since the authors claim that Prabhupada “put in place” what Prabhupada never said he was putting in place, we have here a fine example of the logical fallacy known as begging the question, which is similar to circular reasoning. The question begging continues unabated:

“We believe that the GBC should not equate its collective intelligence with the position of it’s [sic] founder- acarya, who, according to SB 10.2.31, left behind for us “the method by which he crossed” (a method which was accepted by Krsna). Do we actually think that we can make such a radical change and that Krsna will accept it?”

Here are some of the serious problems with this argument:

In fact, to deny the devotees their Prabhupada-given right and duty to adjust variable details, “according to time, place, circumstances,” is to place one’s intelligence above Prabhupada. In his purport to ŚBh 4.8.54, and elsewhere, Prabhupada urges preachers to take all risks and make all adjustments to successfully spread the movement. Let the authors first prove that Prabhupada absolutely forbid Vaiṣṇavī gurus, and then let them accuse all who disagree with them of competing with Prabhupada.

The authors continue to condemn the attempt to follow Prabhupada’s direct orders to keep his movement relevant and expansive by adjusting details:

“The important point is that while Srila Prabhupada was manifest before our eyes, he could adjust things in reference to the previous acaryas, but after he left, it is not our right to do so.”

Do the authors presume to claim that ISKCON has made no adjustments whatsoever since 1977?

Is ISKCON in 2015 identical in all details to ISKCON in 1977? Such a claim would be ludicrous. In fact, Prabhupada continually made adjustments for time and place, and he ordered us to do the same. The real deviation from Prabhupada is the notion that in his physical absence, we can never again adjust details in terms of time and place. This notion directly contradicts Prabhupada’s many statements that we should make such adjustments.

I leave it to the reader to compare these two very different statements.

The authors next seek to frighten us with yet another form of false argument, the slippery  slope. Here is a definition of this fallacy:

“In logic, …a slippery slope is a logical device… in which a person asserts that some event must inevitably follow from another without any rational argument or demonstrable mechanism for the inevitability of the event in question.”

The authors give us this example of the slippery slope:

“If we make this change to what Srila Prabhupada personally put in place, then the GBC has opened the door and created a precedent for future generations to make who knows what changes.”

In other words, if we make a vital time and place adjustment already found in our tradition, and in Prabhupada’s own words, that is if we allow Vaiṣṇavī gurus, then we will inexorably slide down a slippery slope into the depths of deviation and perdition. In fact, Prabhupada gave us a clear criteria to guide the adjustments he urged us to make, a criteria taken from Rūpa Gosvāmī: we may not change basic principles, but we may adjust details. If we conflate these two categories – basic rules and details – and we then oppose necessary time and place adjustments, we deviate from Prabhupada’s teachings and risk crippling his mission.

“Such a cultural turn [gender equality] is significant because it signals the ways in which traditionalism [the parampara] no longer serves as the foundation of ISKCON’s religious culture. In embracing gender equality, ISKCON’s leaders aligned the organization with a defining feature of modern liberal culture.”

Here are some problems with this quote:

Here are percentages of people who support gender equality:

Thus, in the modern world, to call gender equality a “liberal issue” is absurd.

“And what is the reasoning that we shall give greater ISKCON and the outside world for doing something that Srila Prabhupada did not do?”

In order to survive, any movement, including ISKCON, must both preserve its timeless essence and adapt its details to changing times. History shows that adapting without preserving leads to loss of identity, but preserving without adapting leads to extinction. Movements, like all life forms, must adapt or perish. Thus, the intelligent see the need to balance preservation and adaptation.

Rūpa Gosvāmī and Prabhupada give us clear, simple criteria to guide both preservation and adaptation: we must preserve our fundamental principles. We may adapt the details. Since neither Rūpa Gosvāmī, nor any other great Acarya, nor any basic śāstra, states that suppressing Vaiṣṇavī gurus is a fundamental unvarying law of bhakti-yoga, we conclude the obvious: it is a detail.

Those who confuse invariable principles with variable details distort our philosophy and threaten ISKCON with irrelevance and failure. Prabhupada himself often enunciated these principles of preservation and adaptation:

ISKCON should welcome any qualified devotee to serve as guru, without imposing a bodily test in terms of race, nationality, ethnicity, or gender. As Lord Caitanya personally declared:

Prabhupada himself quoted this verse when he insisted that women can be gurus in the parampara. On June 18, 1976, Professor Joseph O’Connell of the University of Toronto asked Prabhupada,

“Is it possible, Swamiji, for a woman to be a guru in the line of disciplic succession?” Prabhupada replied, “Yes. …man or woman… Yei kṛṣṇa-tattva-vettā sei guru haya. The qualification of the guru is that he must be fully cognizant of the science of Kṛṣṇa. Then he or she can become a guru. Yei kṛṣṇa-tattva-vettā, sei guru haya. In the material world, is there any prohibition that a woman cannot become a professor? If she is qualified, she can become a professor. What is the wrong there? She must be qualified. That is the position. So similarly, if the woman understands Kṛṣṇa consciousness perfectly, she can become a guru.” [BTG 33-02 1999] 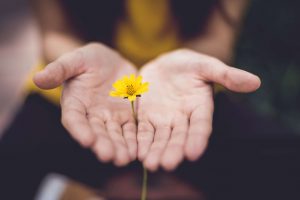