Translate HDGoswami.com into your preferred language 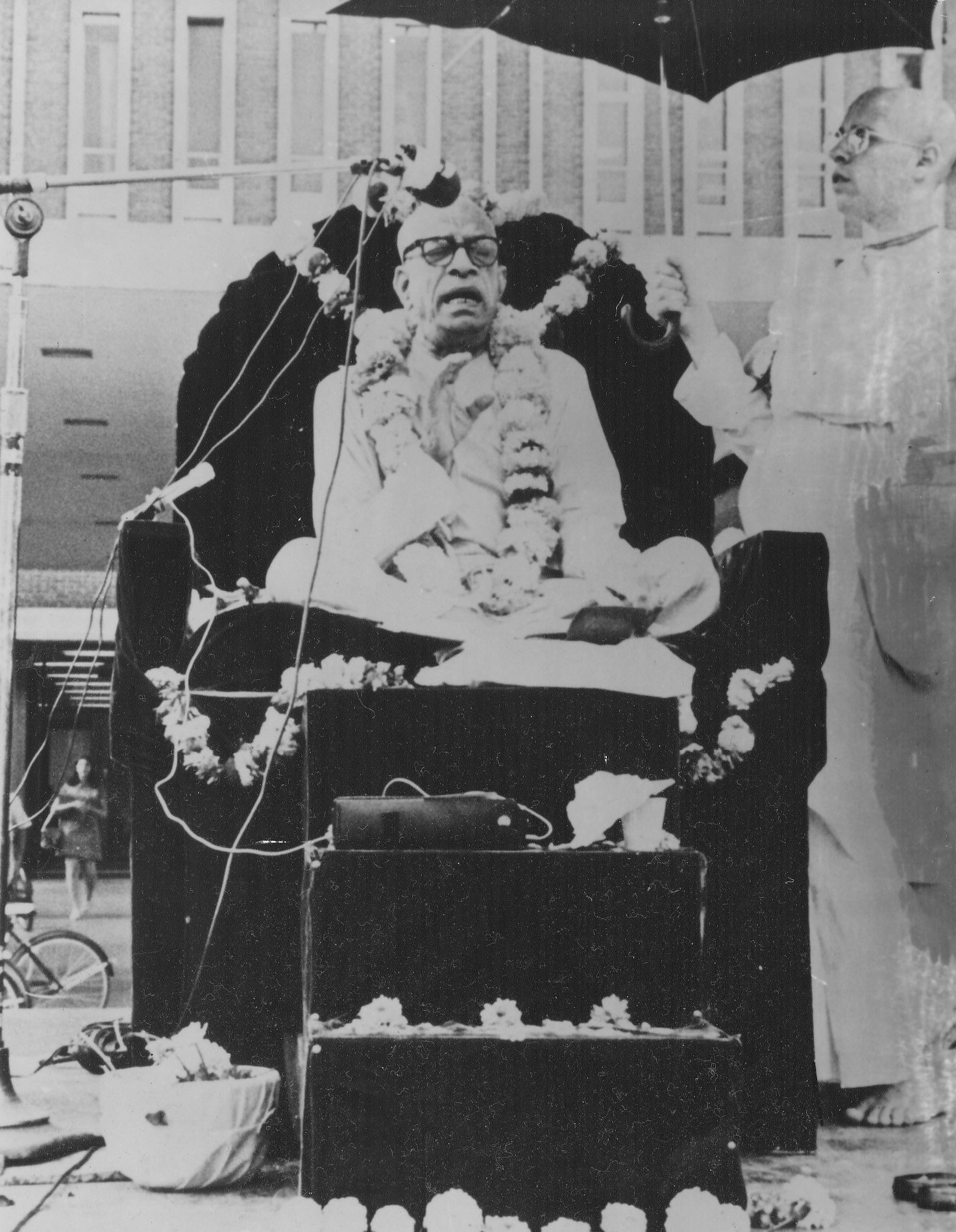 I bow at the feet of my eternal spiritual master, His Divine Grace A.C. Bhaktivedanta Swami Prabhupada, who intensely desired that in each country, we convince local people to join and lead our movement. He repeated declared that ISKCON was not an Indian movement outside of India. We hear this clearly in his own words.

In an interview cited in Journey of Self-Discovery, Prabhupada told an American journalist, “My disciples that you see here are all Americans. They are not imported from India.”

Similarly, he told another reporter, “…these boys and girls, they are all Americans. They are not imported from India.” [Interview, Dec 30, ’68, Los Angeles].

At a Sunday lecture, he said, “So many American boys and girls, they are chanting. They are not imported from India, but they have taken it very seriously…” [Sunday Feast Lecture, Jan 19, ’69, Los Angeles]

In Melbourne, he said, “These boys and girls whom you see, they are engaged in the service of the Lord…They are coming from your community; they are not imported from India…” [Feb 11, ’73, Melbourne]

He gave the same message in Africa, in Kenya, and as we now see, in South Africa. “Join this, our center. You come here, you’ll become Krsna devotee. Just like these boys. They are not imported from India. They are European, American and South African.” [Oct 16, ’75, Johannesburg, South Africa]

Prabhupada insisted that ISKCON’s ability to attract local people was the proof of its authenticity and potency. “That is the proof…These boys and girls and men, they are not imported from India.” [June 5, ’76, Morning walk Los Angeles]

Prabhupada stated that attracting local people was the proof that ISKCON’s presentation in a particular place had “substance,” as we see here. “This was a church, and nobody was coming here, and therefore it was sold to us. Now, you are all belonging to America, Los Angeles, and the church also was there. Now why it is crowded? It is not that you are imported from India to hear about Krishna. [laughter] So if there is substance, they will hear. If there is no substance, who will hear? That is the difference.” [June 9, ’76, Los Angeles]

The quotes are endless, always emphasizing that ISKCON was not an Indian movement outside of India. “So, it is imported from India, but that does not mean it is Indian. My students are all Americans, they are taking part in the chanting very nicely, chanting and dancing.” [Back to Godhead #25, 1969]

And this: “These boys and girls I have not imported from India, recruited. They are recruited here. I came alone.” [June 15, ’76, Talk with clergyman, Detroit]

Let us all pray to Prabhupada, each in our own way, that he empower us to powerfully expand his all-important Western mission.

It seems clear that sraddha, faith, interacts with

I now use material legs and in Krishna Loka I have

The verse quoted below, which in the MBh critical

It is not so easy to get out of Maya's clutches, s

It may not be easy for most to revive pure conscio

Lord Nrsimhadeva has always had his back! To celeb

We know there is much suffering in the material wo